This series is informed by the biblical account of the Tower of Babel (Genesis 11). Each painting includes an image of Pieter Bruegel's Tower of Babel (1567). I find this Babel image particularly relevant to our culture and the postmodernist belief that language is power and necessary to create one's own truth. Postmodernism is anti-foundational. It promotes relativistic language, where the meaning of words become merely social constructs and "the world is a text.." We design our image and construct a "name for ourselves."

The biblical Tower of Babel account points to the God who created language, who spoke/breathed the heavens and the earth into existence, who in his grace "confounded" the one language to spread the peoples over the earth to tend and care for it, and who enters time and space to communicate with us through the Babe of Bethlehem. The Incarnation, when "the Word became flesh" -- the living Word, redeems our babble and our "Towers of Babel." 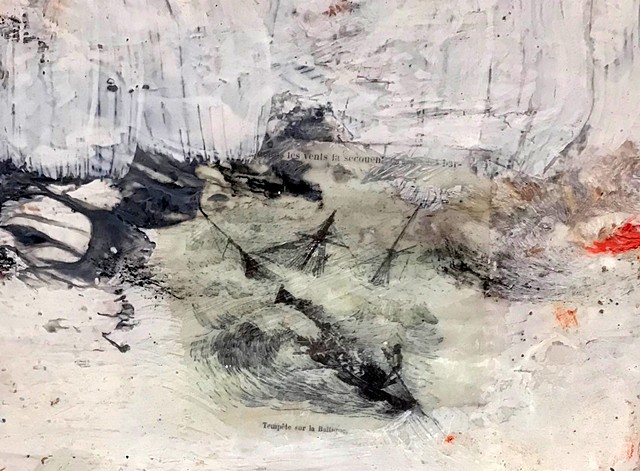 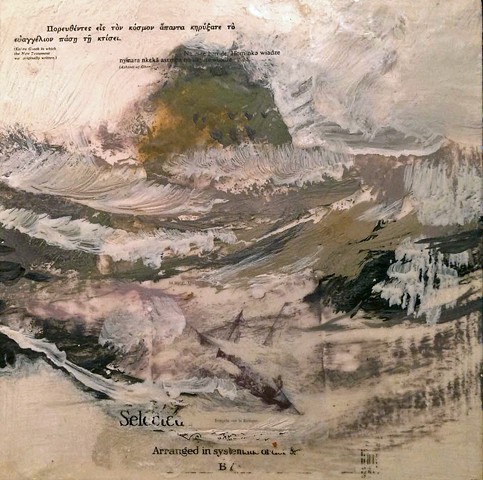 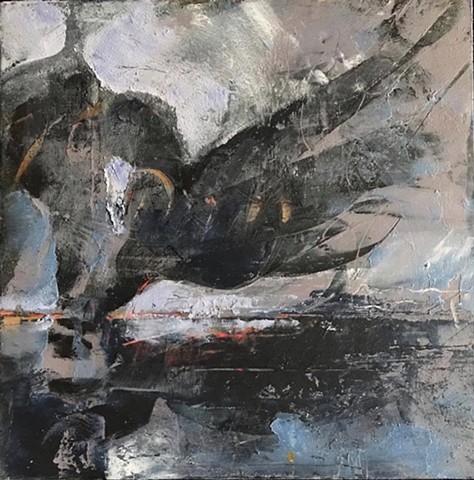 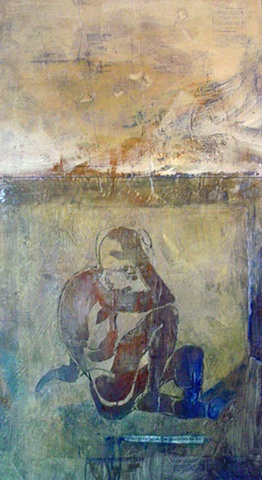 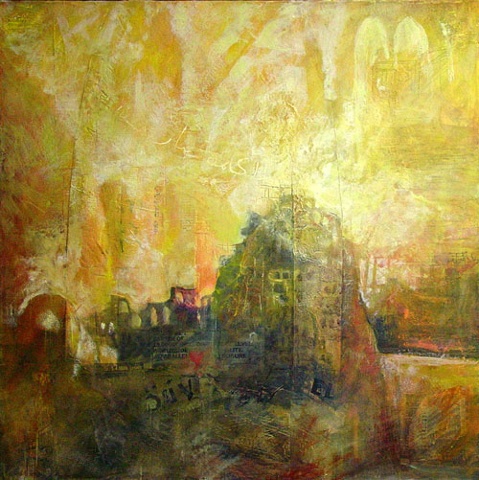 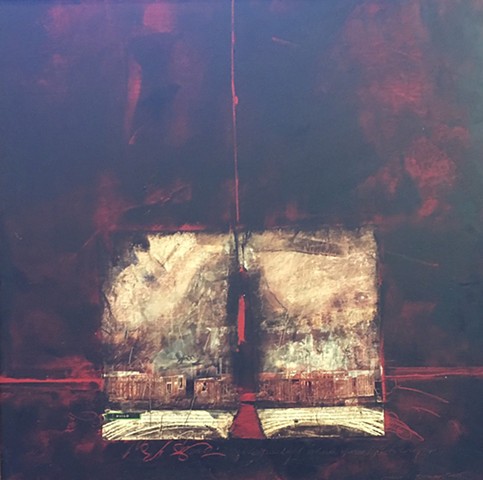 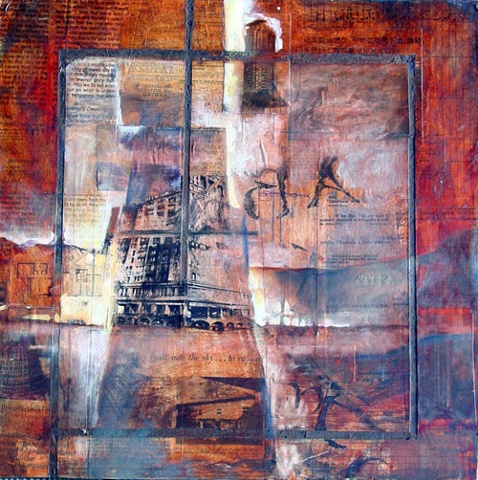 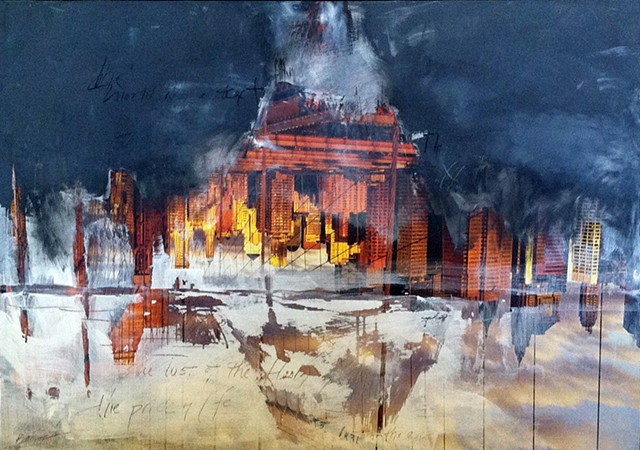 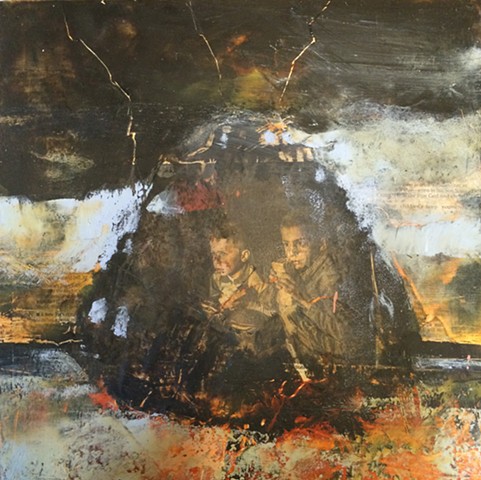 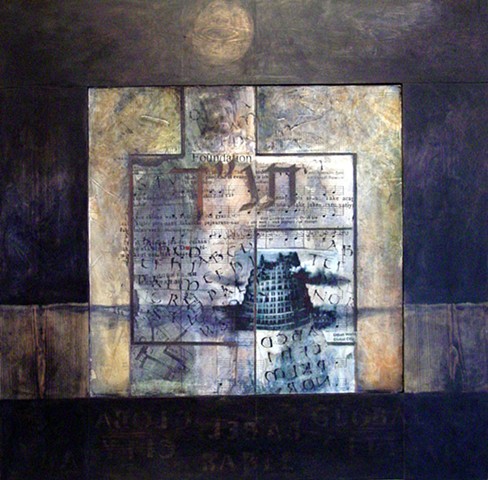 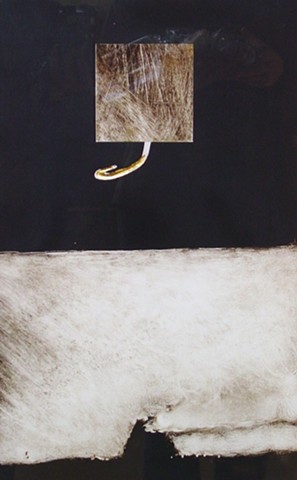 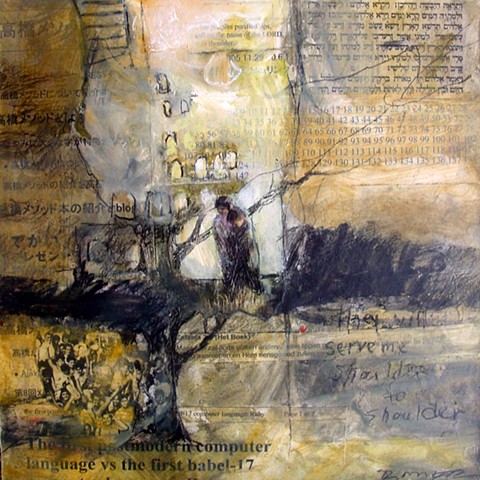 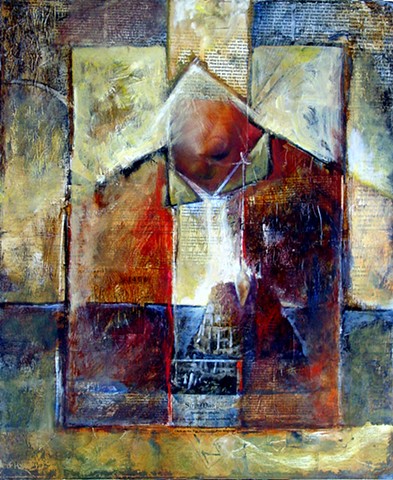 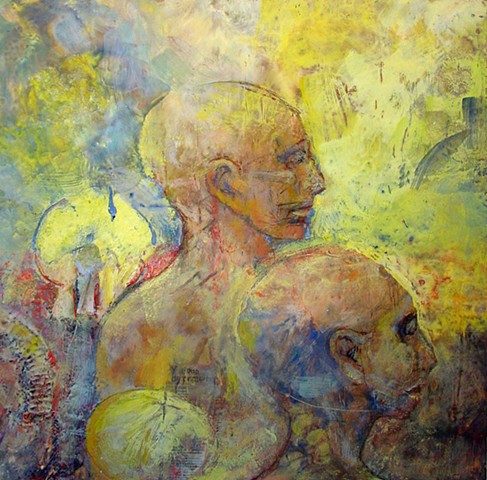 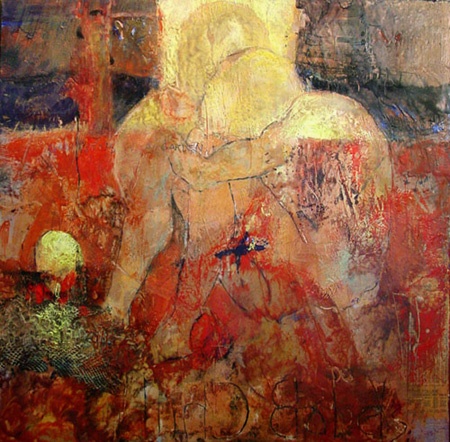 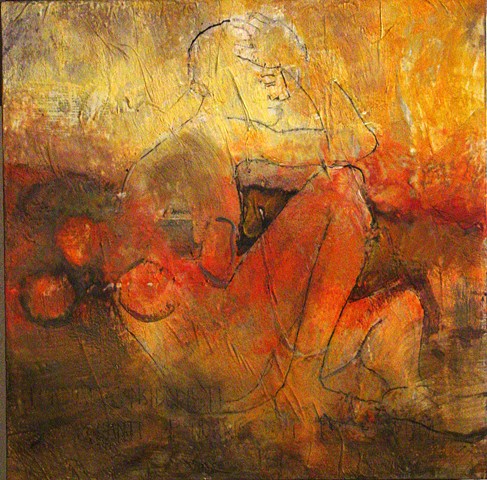 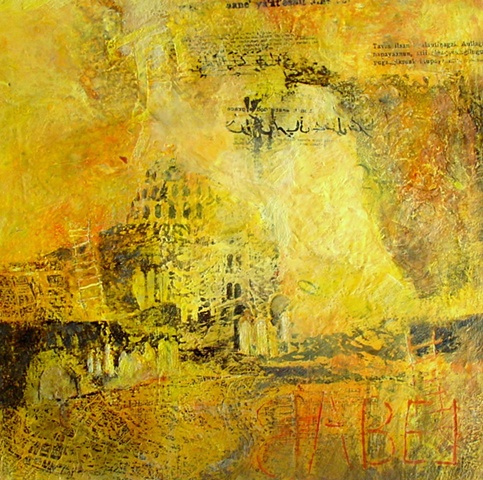 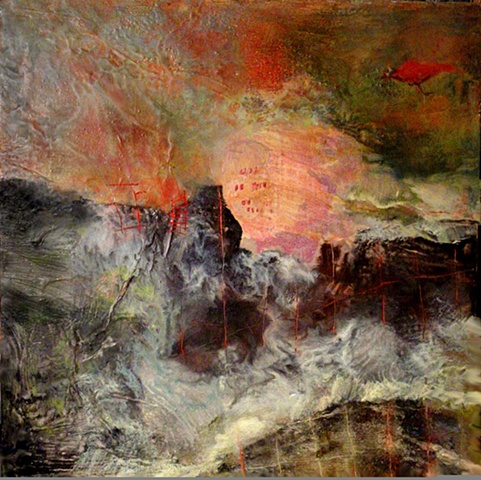 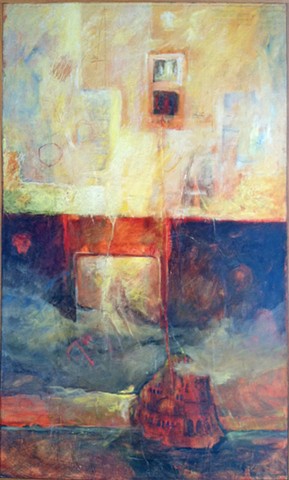 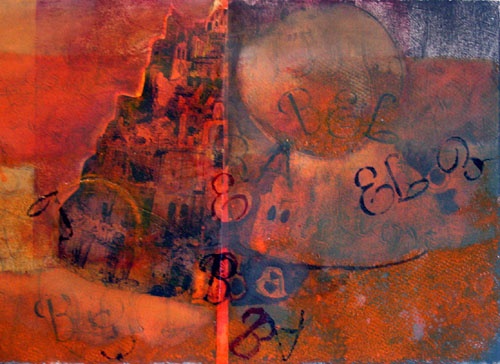 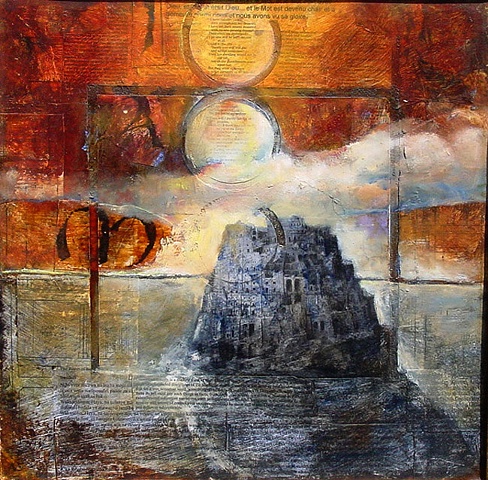 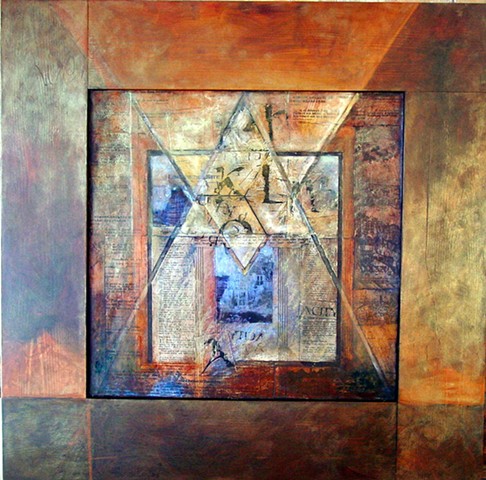 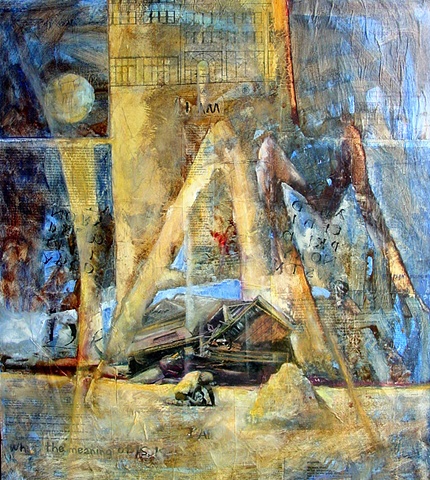 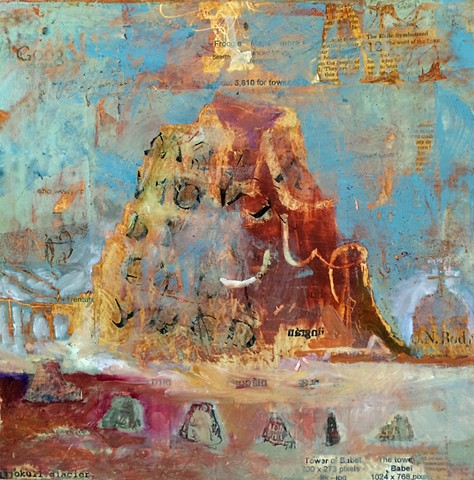