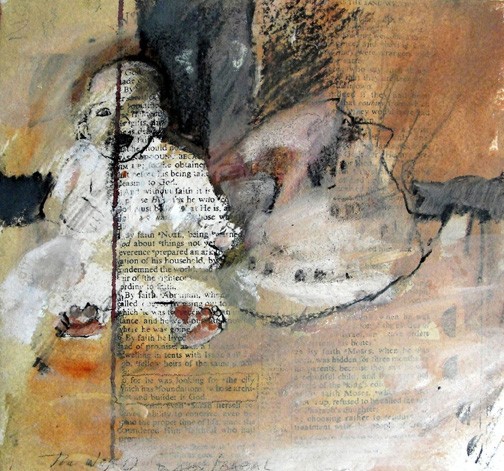 In a private collection

A battle rages between the Word of God and the The Father of Lies or the Great Deceiver. God told Adam after the Fall to expect this conflict, the antithesis between good and evil. He also promised The Babe, "the seed of the woman, who would bruise the serpent's head" (Genesis 3:15). The Babe of Bethlehem would come to redeem mankind whose Babel towers attempt to reach God on his own terms.