FINE ART > The Nets of God

On a web site called Obsolete, I discovered World War II parachute test dummies. They were a haunting reminder of man's broken condition. But for the grace of God we will not fly. The three central images like Three Graces are manipulated images of these parachute test dummies. The central figure is embellished with gold leaf like an icon. Over these I drew the charcoal figure of a man. The random mark I made in the oil and wax top left "happens" to be the Chinese word for fly. (I discovered this much later when a Chinese person visited my Asheville studio.) 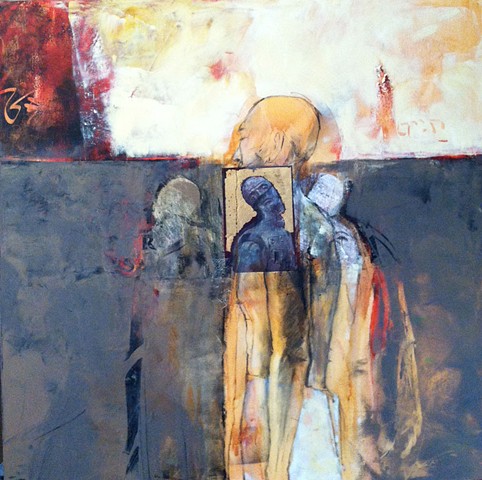