Ready for Love, is travelling in Spain in an invitational show called ARTE FE organized by curator Maria Tarruella.Its inaugural exhibit was in Madrid during the World Youth Rally, Aug 2011. Since then it has travelled to cities in Spain and also to Lisbon, Portugal.

Ready for Love refers to God's "grace-covering," for His people from all races and nations. I layered text from a French newspaper, a Chinese newspaper, a magazine page, and the Scriptures. Ezekiel 16:7-8 is central to the meaning of this piece.

"I made you grow like a plant of the field. You grew up and developed and became the most beautiful of jewels. Your breasts were formed and your hair grew, you who were naked and bare. Later, I passed by, and when I looked at you and saw that you were old enough for love, I spread the corner of my garment over you and covered your nakedness. I gave you my solemn vow and you became mine, declares the Lord God" (Ezekiel 16:7-8). 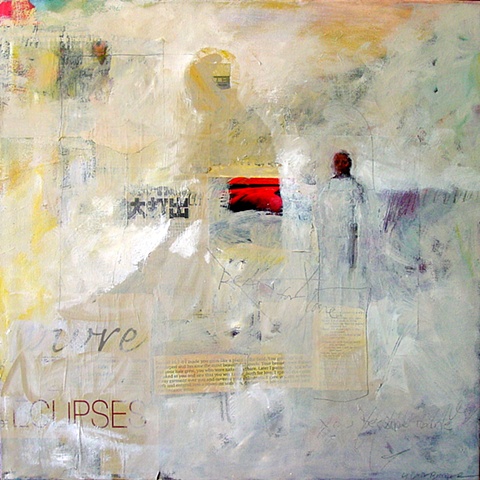